Many years ago I ran a successful, busy roadhouse on the east side of this industrious border city of Windsor, Ontario. Nice place, definitely not high-class. One afternoon my weekly management meeting was interrupted by our bartender.  We'd run out of a brand named, generic tasting draught beer and had no full kegs left to replace the empty one until our next delivery, days hence. We did, however have a full keg of a different, equally bland brand, just aft with the draught, waiting for the bartender to crack the seal, connect the CO2 and prime the lines.  Only a thirsty patron waving a fiver stood between this and a frosty mug of perfectly poured beer, and dammit if there wasn't a parched patron perched at the rail ordering a pint at that very moment. What to do?  I mean really, can anyone distinguish between big brewery ales or lagers, one from the other?  Can anyone but a sommelier distinguish the popular swill from carbonated Clydesdale piss?  (Hint: it's in the foam. Mr Ed as a lesser head.  Both will give you the trots)

And so I made the decision to swap in the alternate brand and sell it under the name of the 86'd brand until our next delivery.  (To '86' a product is to designate it out of stock and/or unavailable.)

The owner of the joint just happened to be present and he immediately overruled me. "What's the big deal?" I challenged back. He knew our clients as well as I did. "They'll never know the difference."

"One is the correct beer, the other is not," he said.  "We do not lie to our guests."  You can imagine my sheepish face after being deservedly reprimanded in front of my management team and our bartender.

Meanwhile over at Volkswagen...
It's not on the same scale, but maybe it is;  I sure wish the owner of that small town chain of roadhouses had been running the diesel division at Volkswagen in these last few years.  Maybe the lesson in truth learned in a bar in Windsor might have made it to das Corner Office in Wolfsburg.

It sure has followed me everywhere. 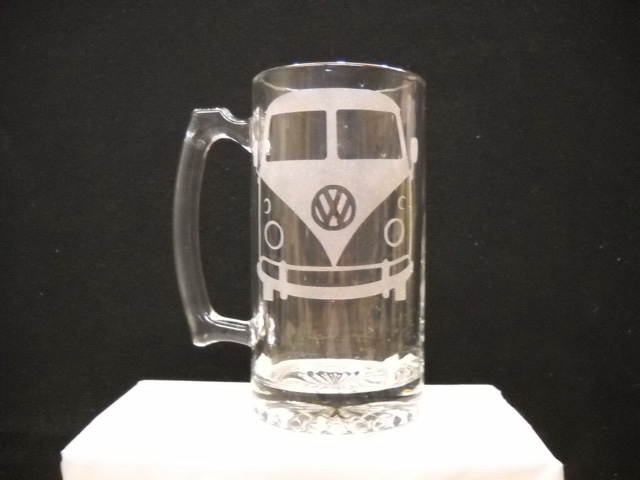 Posted by Jeremy Tyrrell No comments: Links to this post

Life with Mesothelioma in the Fall of 2015

Six months ago I got a phone call from Princess Margaret Hospital advising me to hurry to my closest Emergency ward because of a newly discovered blood clot in my arm, one that subsequently traveled to my lungs.  Thus began 56 hours in the hospital and thus ended my professional life.  Within a short period thereafter began the chemo, and all that comes with it.  The chemo is over. All that comes with it?  Not so much.
Confined mostly to my home for the past six months I have met with few, small but meaningful milestones along the way. I celebrate each of them.  I'm no A-type personality, but I was accustomed to an active, purposeful life. "Accomplishment" brings on a whole new meaning with terminal cancer.
Imagine a guy who, a little over a year ago began most days with damned near three full sets of his own age in push-ups. That was 3 x 55, folks.  165 over the course of 15 mins or thereabouts. I have to imagine him too, because he's not me anymore, I am no longer he.  Today what once passed for the physique of a strong and healthy guy in his mid-fifties now looks more like my dad did at his sickest and shockingly thinnest, before he quietly died in his late 70s.
I'm Not Bragging, but...
But today I'm having a good day. I'm in good health and good spirits. The other day I walked to the  pharmacist at the end of the block and picked up my prescriptions rather than have them delivered. Alone. Without my oxygen tank! I couldn't wait to tell someone.
Two weeks ago I sat and read in the backyard for about 45 minutes before the humidity forced me back inside for air conditioning.
Three weeks ago I donned alb, stole and dalmatic and served at the 830 Mass.  I hadn't served at Mass in five months. Heck, I'd only attended twice.  Mind you it took me two days to recover.
This is How We Do it...
My wife portions out twice-daily a buffet of pills and potions, each to control some conflicting side-effect or another, sometimes of the other. Chemo leads to anti-nausea drugs, which sometimes work. Strong opioids (pain killers) morning and evening affect the plumbing and lead to increased need of laxatives, or the opposite as the case may be; I have either in several varieties of remedies.  I pray the good Lord will spare you from constipation, you my good friend, you my mortal enemy.
One of us injects me with blood thinners every morning. Right now it's Claire's turn to be nurse but I can self-inject, and do.
That's 9 or 10 prescribed pills, potions and injections twice a day PLUS my multi-vitamin for guys my age. I can't imagine what they'd be pumping into me right now if anyone thought this mesothelioma was even remotely curable. It is not.
Speaking of all the help from both my professional medical team and loving home team, we are careful to time my morning routine so that someone, either my wife or one of our three kids is home and standing by, ready to be traumatized if I slip and fall in the shower and they have to knock on that bathroom door.  "Hello...dad?  You decent?  Please?"  Hasn't happened yet.
A home nurse visits me 2 or 3 times a week in my home. Hospice of Windsor monitors and manages my pain levels and quality of life. Frank the Walkerville neighbourhood pharmacist is standing by for whatever I am prescribed next.
Friends drop by for a coffee and sometimes, if I can, we head out for a bite at a cafe down the street from the aforementioned Walkerville Pharmacy, just past the antique shop and William's the green grocer.
I consistently rate myself low to zero on the depression and anxiety scale at medical check-ins.
Physical exertion necessitates increased oxygen, and sometimes I supplement with a low-dose pain pill to open up the airways of my labouring, cancerous lungs. I go nowhere without an oxygen tank, except for a recent short walk to the pharmacist.
Too many opioids can lead to me repeating myself and have led to hallucinations, which are nowhere near as much fun as one might think.
The cancer in my lymph nodes causes cold sweats and I have a pill which kicks in PDQ (pretty darned quick!). Fast, but not fast enough and sometimes I have to change out of my perspiration soaked clothes and shiver through a scalding shower that just isn't ever warm enough. My father suffered similarly in his final winter.
As the days go by and chemo becomes an increasingly distant memory, the effects wear off (good and bad). Onset pain happens unexplicably, unpredictably. Lately I've enjoyed a better attention span. Now I can read and comprehend an entire chapter of a book at a time, and write short blog posts over several days.
Using a news app, I scan the news and opinions in three newspapers a day and industry sources; the local Windsor Star and the national Globe and Mail newspaper I read from cover to cover.  Except for sports. I still don't care about sports.
I no longer automatically fall asleep when reading and praying.
And hey, I'm praying again in earnest; I couldn't.  Life is good.
In December 2014 Jeremy Tyrrell was diagnosed with Mesothelioma, a disease considered to be incurable. He has already quietly outlived the initial prognosis of several months and attributes it to the love of God, the prayers of friends and family, and the wonder of traditional modern medicine.
Posted by Jeremy Tyrrell 11 comments: Links to this post

What I Know, What With all this Time to Reflect...

Refugee Does Not Mean "Bad"

The Syrian Refugees...
Believe me when I tell you; at any moment one can go from being self-sufficient, from providing for one's family, from being, dare I say it, borderline prosperous...to relying completely on the generosity of others even if only for a moment. From my little perch, wrapped in a prayer shawl and popping my daily dose of anti-nausea pills I know just how quickly it can all change, as it has for so many in the Middle East.
As you may know, my diagnosis of mesothelioma in mid-December offered me a  +/- year to live, 9 months ago. Since then, to say I have been completely in control of my own destiny would be an outright, bald-faced lie. I can barely choose my preferred breakfast cereal without help sometimes. I can imagine that can be a bit burdensome for my caregivers, if not now, then it could be.
There, But for the Grace of God
Any of us could find himself a refugee, from his home, because of his religious or political beliefs, we may find ourselves ostracized and alone and God help us, on the run. Any of us can suddenly be too sick to work and find ourselves drawing from a system I thought could never repay what I have contributed in good health for almost 4 decades. Not so. I might even be overdrawn at this point.
When we are down and out, pray that we will be welcomed and helped. Pray we will not be denied our dignity. Pray our children will have enough to eat, and not vilified and criticized and given the label "refugee" as if a pejorative.
Think it can't happen to you?  Look into the eyes of a man struggling to find food and shelter for his family in Canada. This guy had a flat screen and three-square meals daily not that long ago (just like you and me), now he's begging and pleading for a chance in the northern hemisphere.
Pray we will be forgiven for those times we haven't welcomed others.  If prayer's not your thing, don't worry...we've got you covered. Those who do will pray out the first steps and all the others along the way, you just jump in with your chequebook and by volunteering to help. You'll find us already there too, but ready for a little assistance.
Posted by Jeremy Tyrrell No comments: Links to this post

Jeremy Tyrrell
Windsor, Ontario, Canada
Committed to good governance, social justice, the dignity and rights of all human beings especially the poor and the marginalized, and the service of God and man.